See the Safe Sidewalk Routes Map on wayfinding signboards at most intersections for best options.

Lane closures for utility work will continue through May.

Construction Exit at Congress & MLK: Look out for flagmen directing approximately two hundred 18 wheelers per day leaving the construction zone. Haulers will be entering the area from 15th Street (southbound) or on 17th Street (eastbound) between Colorado and Congress.

ERS (Employee Retirement System) Updates: Construction of the new building will begin in May. Barricades along MLK and San Jacinto will be installed and sidewalks around that block will be closed. (The ERS project is not part of the Capitol Complex Program and is not managed by TFC.)

This has been a busy and challenging year for our construction teams. Despite the inconveniences of the pandemic and... read more

Watch the Project Progress on Our Construction Cameras 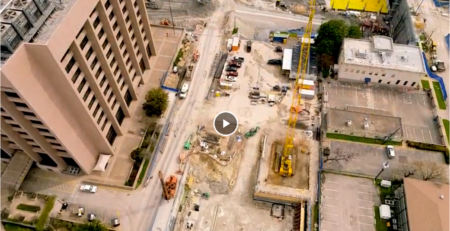 In September during national Construction Safety Week 2020, crews everywhere across the U.S., including at the Capitol Complex, recognized... read more 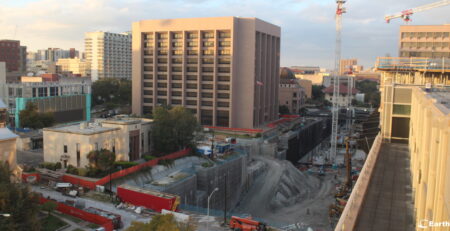 Package 1 – The Excavation The excavation for the underground parking has been completed. (General Contractor: JE Dunn Construction) Package 2 –... read more 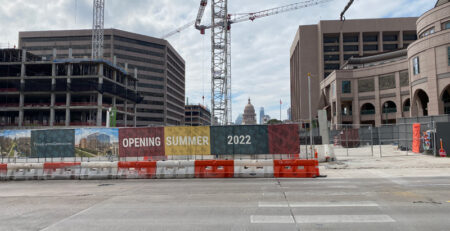 SAFETY ALERT: Slow down on MLK Blvd. between Lavaca and Trinity Lane Closures on MLK Blvd. in front of the... read more

Closures on MLK Blvd. between Colorado and San Jacinto Streets

Watch out on MLK Blvd. in front of the Bullock and Blanton Museums. The eastbound lane of MLK Blvd.... read more 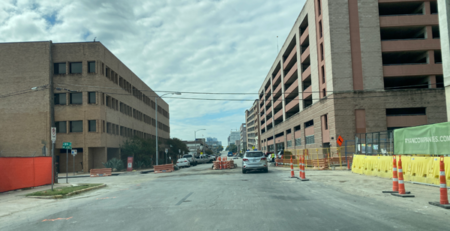 There are lane closures and uneven pavement from MLK Blvd. to 15th Street on San Jacinto. Use extra caution... read more 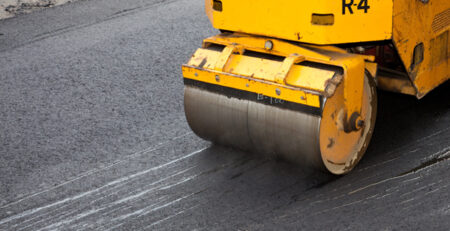 Sections of Colorado, Brazos, 17th and 18th Streets will be repaved this month. Paving work will start on October 10 on... read more 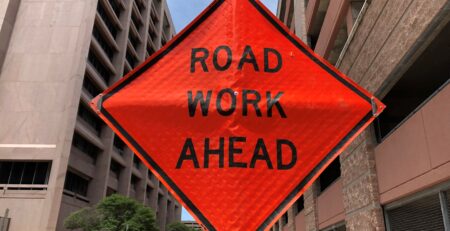 October and Fall have arrived and so has football game day traffic. This issue of the newsletter is all... read more 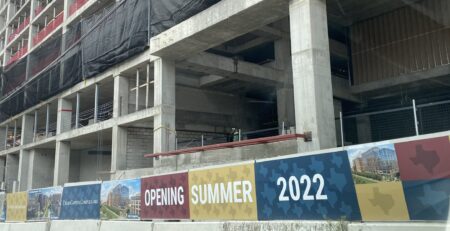 While Summer is winding down, we are going up.

While summer activities are winding down and folks are putting away their white shoes (it is after Labor Day!), our... read more