A Cultural Gateway to Define the Capitol Complex

The 2016 Texas Capitol Complex Master Plan reimagines the Capitol Complex as a destination that celebrates the Capitol and centralizes all state agencies. Characterized by grand civic spaces, shaded pedestrian friendly streets, and connections to the surrounding community, the first phase of the master plan includes two new office buildings and five levels of underground parking, which will be the base of a new, pedestrian-oriented Texas Mall. This tree-lined promenade will be located on Congress Avenue between 16th Street and Martin Luther King Jr. Boulevard, and will serve as the northern gateway to the Capitol Complex with public green space for tourism, events, and festivals.

​​Phase One of the 2016 Texas Capitol Complex Master Plan includes the construction of two new office buildings that will allow the consolidation of staff currently working in leased space. Consolidating staff has the potential to create operational efficiencies between and within agencies, provide visitors easier access to agency offices, and eliminate the cost of leased space for these offices.

“The 2016 Texas Capitol Complex Master Plan establishes the Capitol Complex as a destination that celebrates the Texas State Capitol with civic spaces, shaded pedestrian-friendly streets, continuous shade and connections to the surrounding community.”

Learn more about the projects in the Capitol Complex Master Plan >

A central organizing element of the master plan is the creation of the Texas Mall, on Congress Avenue, between 15th Street and Martin Luther King Jr. Boulevard. This tree-lined, pedestrian-oriented civic event space will serve as a cultural gateway on the north axis of the Capitol, linking a new museum district to the Capitol grounds. The new mall will require the vacation of Congress Avenue and will effectively remove north-south vehicular traffic from the center of the complex. In response, an integral part of the overall plan will be the conversion of 16th, 17th, and 18th Streets from one way to two way traffic. Where these streets currently contain parking on both sides of the street, one side of parking will be removed to create the space for two way traffic.

The authorized Phase One scope of work only includes three blocks of the four block Texas Mall and extends from 16th Street to Martin Luther King Jr. Boulevard. The development of the fourth block of the mall is included under Phase Two of the Capitol Complex development and is not authorized or funded at this time. During construction, all three east-west streets will be closed to traffic across Congress Avenue; and upon completion, 16th and 18th Streets will reopen to controlled traffic crossing the Texas Mall, while 17th Street will access the new underground parking deck from both the west and east. Traffic across the mall at 16th and 18th Streets will occur through the use of “speed tables” that will require a vehicle to stop before entering the mall, drive up a ramp unto the pedestrian mall level, and then descend via a ramp back to street level at the opposite end of the mall. This condition will reinforce the primacy of the pedestrian mall while informing drivers of the caution that must be exercised in traversing the mall.

The Texas Facilities Commission (TFC) is the State agency responsible for implementing Phase One of the master plan. To effectively manage the project, TFC has contracted with a Master Architect/Engineer (MAE), Page; and a Construction Manager Agent (CMA), Balfour Beatty Construction, to oversee this $581 million effort. Both firms are providing recommendations on state-of-the-art design and construction practices, and are assisting TFC in preparing conceptual designs and defining a project management plan for the entire development. As required by the 2016 Texas Capitol Complex Master Plan, they are responsible for preparing the conceptual and schematic designs for the new buildings for approval by a compliance panel appointed by the Governor, Lieutenant Governor and Speaker of the House of Representatives. This expert panel will confirm that the designs are in compliance with the principles and guidelines established in the master plan. The firms will also provide oversight throughout the project but neither will be directly involved in the preparation of construction documents or the physical construction efforts. Instead, TFC will separately procure and contract for Architect/Engineer of Record or Engineer/Architect of Record (AOR or EOR) services and Construction Manager at Risk (CMR) services to complete the work.

To execute the work required to accomplish Phase One, the project was divided into the six packages. Each package is led by a competitively selected Construction Manager at Risk teamed with an Architect of Record or and Engineer of Record. The efforts of the teams are overseen by the Construction Management Agent and Master Architect/Engineer to ensure compliance with the project management plan and approved schematic building designs.

To learn more about these packages and the teams that completed them, take the Virtual Tour! Each of the packages links below will take you to their respective virtual tour page. 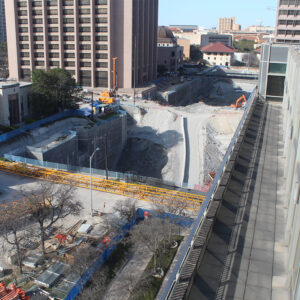 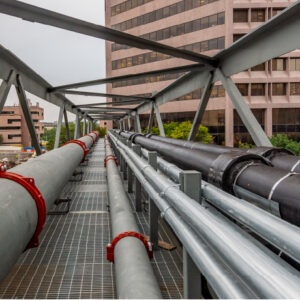 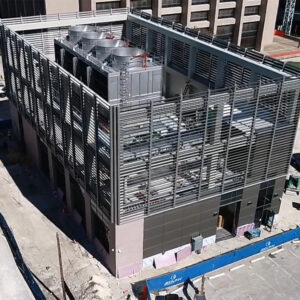 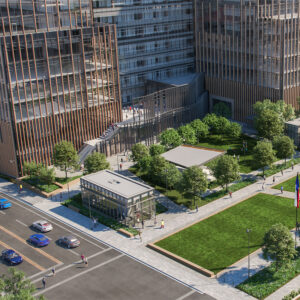 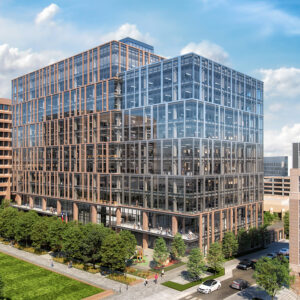 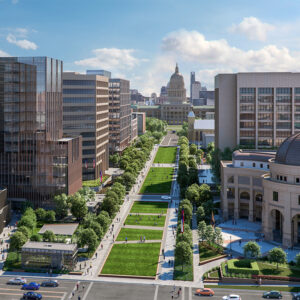